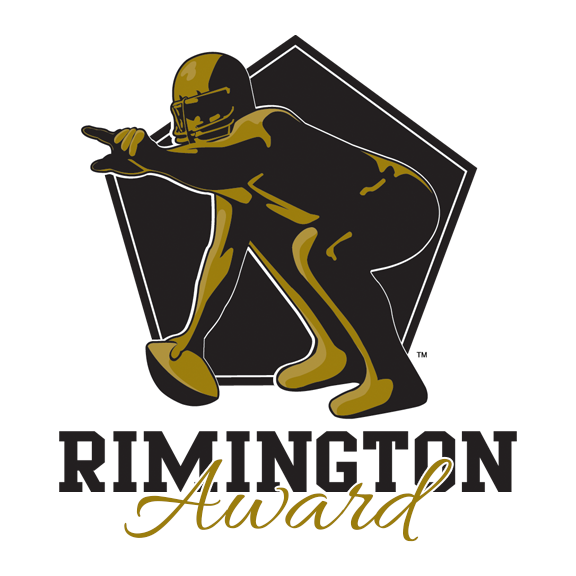 Dannelly has been a small college football journalist since 1998. In that time, he has been a member of the Football Writers Association of America (FWAA), founder of the Victory Sports Network and general manager of the College Fanz Sports Network. His work over the last 20 years in small college media has come through print publications, blogs, and radio/television broadcasts.

To select the award, Dannelly has established relationships with media, coaches, and scouts of small college football to create a network of information and resources for FCS, DII, DII, DIII and NAIA football. He calls on these experts each year to select the Rimington Award.

To nominate centers for the annual Rimington Award, coaches and sports information directions should email statistical information, video links, and other supporting information to [email protected]. Nominees should obtain at minimum a first team All-Conference award to be considered.